Japanese Urban Planner, Kei MINOHARA, was in Vienna and holds the lecture under the theme;

‘From Feudal to Modern, From Growth to Maturity; Japan’s Urban Shift, Past, Present and Future’

Because of different history and background, his lecture helped to understand, what has happened in the last century and what is going on now in modern Tokyo. Vienna is one of the rather typical European cities, which have grown slowly through their history. Tokyo was built up three times from almost nothing in the past. First, in the beginning of Meiji Era; Japan opened up and started learning from Europe including architecture and city planning. Secondly, after Kanto-earthquake; most of the town was burned down by one of the biggest earthquake in Japan. Thirdly, after 2nd world war: nearly all areas in Tokyo was bombed and burned down. Especially due to economic growth in 60th and 70th, Tokyo grew very quickly, so that complete control by the government was not always possible, but a lot of private  initiative. Although Japan succeeded to become one of the leading countries in the world, it has many problems to solve for the next Era.

Mr. Minohara, who has been working in the government of Japan and also as a private urban planner longer than half a century in Japan, points out that now is a big chance for Tokyo to achieve the next Era in urban development due to Olympic Games 2020 in Tokyo. Tokyo should find the way for a better quality of life and nature, which has always been one of the more important issues also in Vienna. Two cities representing as the world most livable cities in the world* are reaching to achieve even higher quality of human life and nature together. (by  Miyako Tsutsui-Nairz, Architect, Vienna) 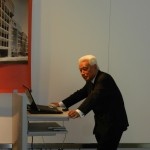 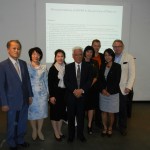 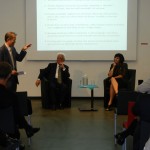 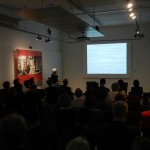